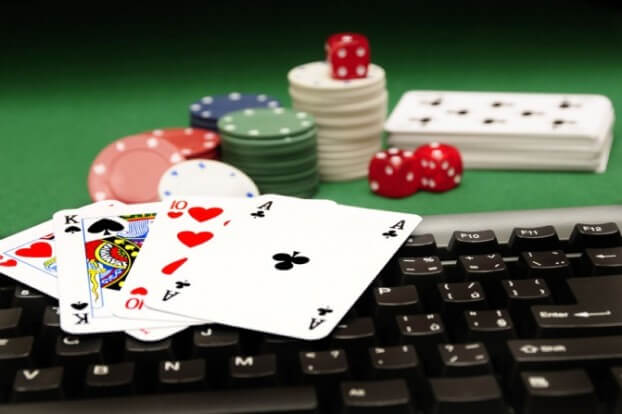 Online poker in the State of New Jersey is now regulated and legal in the eyes of the state.  Players in the state have a wide range of sites to choose from which is defiantly plus for players.  However, not all of them are worthwhile to be played on. I downloaded and played on the most well known brands and to cut to the chase, it was a total disappointment when you compare online poker pre-Black Friday to today.

Until Black Friday hit residents of the State of New Jersey where able to play on Poker Stars & Full Tilt Poker which was and still is hands down the best poker software that you will find.  PokerStars was recently denied a license to operate in the State of New Jersey but they are still hopeful that they will be approved at some point in the future.

Players in New Jersey are left with what I consider sub-par sites but at-least there are some bright spots with the likes of Party Poker, WSOP & 888 Poker.

Out of all of the sites I tested, WSOP.com gets it.  That might be because Mitch Garber is the CEO of the company behind WSOP.com.  He actually was in charge of Party Poker during the old glory days. When you look at WSOP.com the site is flawless, user friendly and allows potential players the ability to quickly and easily find what they are looking for.

Plus its a responsive site so it looks awesome on all devices including iPhone & iPad. On top if it they are marketing the right way, they just announced the WSOP.com New Jersey Online Championships Tournament Series which is designed to mimic the hugely popular FTOPS which takes place on Full Tilt Poker.

Overall, players are able to easily download the poker software, register and then the account is instantly credited with the advertised free $10 promotion.

This is the same software that is found on WSOP.com so the game play is the same but the only main difference is the graphics, website and promotions.

Out of all of the other major sites I tested, this site was the the only one that did not provide free money to try out the software.  When I did finally install the software and took a look at the poker lobby I almost started laughing.  We are in the year 2013 and yet the software lobby looks like it was straight out of the 90’s. Amaya Gaming Group who is the owner of the software should honestly be ashamed that they are actually allowing this to be live. Maybe it was the fact that I was on Windows XP but compared to the other sites it was a disappointment.

When players who have previously played on Party Poker load up the software they will be in for a rude awakening.  The software, logo and everything from the old glory days are gone.  Granted the software is easy to navigate and its easy to start playing the distractions of missions and accomplishments will be a turn off to die-hard poker players.  Then again Party Poker is going after the recreational type of player so maybe the software will be a huge success, personally I don’t see it.

Ultimate Poker was the most disappointing out of all of the sites that I tested.  During the registration process you can select the type of location verification service and I chose mobile and it did not work.  I then had to download the browser add on to finally validate my location and it only works sporadically.  The disappointing part was their website was very buggy and when I set up an account on ucasino.com when I tried to click to download the poker software it gave me a 404 error.

To top it off they advertised a $5 to $500 free money promotion which states the following:

Register for your free Ultimate Casino account and get $5 credited to your account instantly, PLUS the opportunity to win up to $500 in our monthly drawing.

When I finally was able to get the link to download Ultimate Poker I selected the New Jersey version and attempted to install the software.  Since I am running Windows XP Professional with the latest service pack I got an error installing the software!

While its a step forward in legitimizing online poker in the USA, the software throughout the sites was a huge step backwards.  The only saving grace was WSOP.com as they defiantly understand what it takes to operate a world class online poker site.

Mark my words, WSOP.com will be the run away leader in New Jersey & Nevada as long as PokerStars does not gain a license. WSOP will also be one of the first to allow affiliates which will make them unstoppable.  When they start integrating the live WSOP events, players will have no reason to play anywhere else. They are defiantly the bright spot in a kind of gloomy online poker scene.