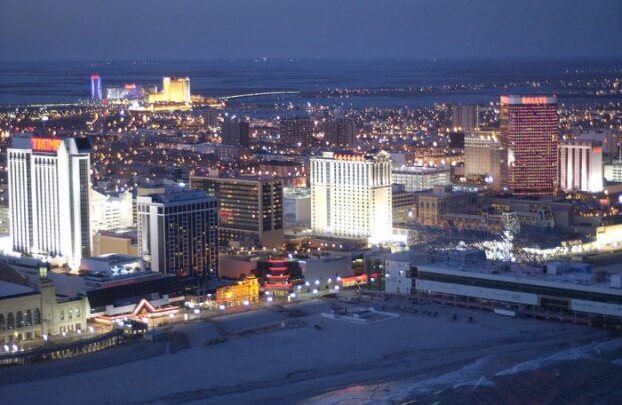 Before anyone starts pushing the panic button and declaring that NJ.PartyPoker.com and BorgataPoker.com are in big trouble, the massive drop-off in attendance this week is easily explained away by the Super Bowl, every site saw a significant decrease and the Super Bowl was played in New Jersey to boot.

With a $12,000 overlay, the Sunday $50k Guaranteed accomplished two things for the players who decided to play:

One of the big winners was a player who is well-known on the tournament trail, 2011 WPT Borgata Poker Open winner Bobby Oboodi. Oboodi finished as the runner-up to “F-350.Driver” in one of the few Sunday $50k Guarantees that didn’t include a final table deal.

It should also be noted that partypoker is incorporating a few changes to the Sunday $50k Guaranteed moving forward. Beginning on February 9th, the tournament will start at 5 PM instead of 8 PM (late registration will be open until 8 PM) and will feature a $10k guarantee for first place –so $50k overall and $10k to the winner.

You can find more information on the changes to the Sunday $50k Guaranteed at the partypokerblog.

The micro-stakes tournament series PokerFest came to a close on Sunday with the Main Event, a $10 buy-in tournament that saw partypoker kick-in almost ½ the prize-pool in the form of an overlay.

The final table saw a six-way deal agreed upon, essentially divvying up almost half the prize-pool, and flattening the payouts considerably –not a single person received more than 8.5% of the prize-pool!

Here is how the final table played out:

The $50k Guarantee wasn’t the only tournament adversely affected by the Super Bowl. WSOP.com’s $25k Guarantee managed to pull in just 97 players (this same tournament had 122 players last week and 147 the week before) which meant a $5,600 overlay.

Here are the final table payouts from the $25k guaranteed:

888 came the closest to hitting their guarantee this past Sunday, falling just 10 players shy of hitting the $10,000 prize-pool mark, but is that really impressive considering they have by far the smallest guarantee?

This remains the smallest guarantee of the four weekly majors, and might require 888 to go full Emeril and “kick it up a notch” to make this one of the must play tournaments in New Jersey.

Here are the final table payouts from this week’s tournament:

Ultimate Poker’s big weekly tournament (with an almost impossible to attain $20,000 guarantee considering the traffic at the site) has been giving away a ton of money in overlays, and this week was the biggest so far, as 60% of the prize-pool came straight from the site.

Here is a look at how the final table played out on Super Bowl Sunday: