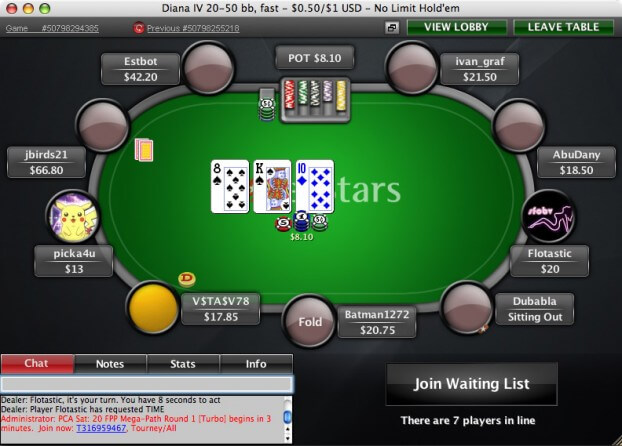 As part of the promotions players who play on PokerStars will be able to get a chance to share in more than $500,000 in cash, 10,000 VIP Store gifts and a VPP boost that will give players a higher return.

Starting January 4th and going until February the 2nd the January Daily Challenge will take place. When a player accepts and completes a challenge they will be given a ticket to a daily $15,000 “All-in Shootout” tournament which will take place each day at 15:00 ET.

How Players Can Opt In

A player simply needs to login to their PokerStars account and enter Star Code “CHALLENGE”.  This can be done on either the desktop client or the mobile apps that are available.

Also launching on January 2nd is the January Jumpstart promotion which is designed to award players free VPP’s by simply enter Star Code “JUMPSTART” before 23.59 ET on January 8.

Players will then be awarded a VPP Boost in their current VIP status which will be outlined below: