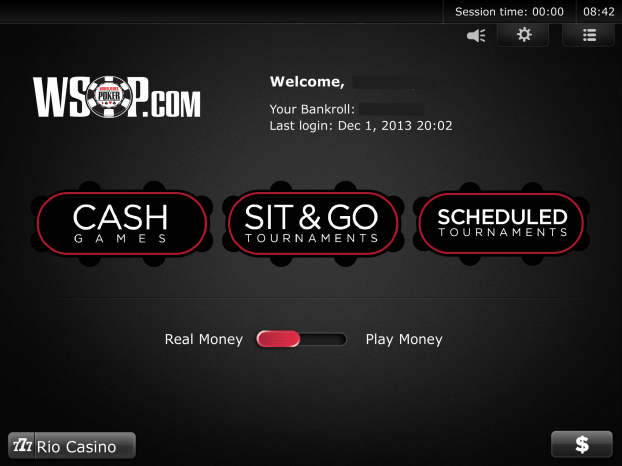 888 Poker & WSOP.com both have launched real money apps for iOS. Players from the State of New Jersey will now be able to play for real money on either the iPhone or iPad for both sites.  All players need to do is load up the App Store and search for either “WSOP New Jersey” or “888 New Jersey”.

The WSOP.com & 888 Poker apps are identical in every single aspect except for the color scheme and branding.

The apps do have a lot of things going right for them.  The graphics are crisp and clean and they look good on both devices.  The ability to search and find a game is very easy which is a huge plus.

When I finally did get the chance to play on the app, I was overall impressed and I actually prefer playing on the iPad over the actual client software for the PC.

Overall 888 Poker & WSOP.com are doing a lot of things right with the apps but at the same time it seems as though testing the product was not a priority.

The launch of the apps are not without some series technical issues.  It almost seems as though the apps were not actually tested by 888 & WSOP and instead just thrown up in the App store so they could say they were the first.

888 Poker was notified about the following issues but as of this article they have still not been fixed.