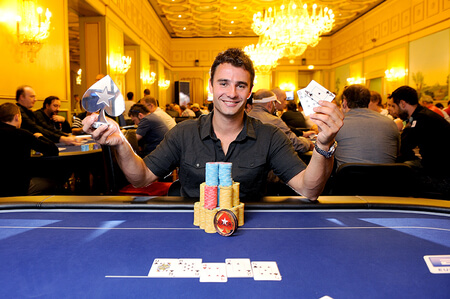 PokerStars announced today that French Canadian Marc-Andre Ladouceur has signed on as a member of Team PokerStars Online and he will play under his username “FrenchDawg”.

Ladouceur has held Supernova Elite status on PokerStars since 2010 and his username is one of the most recognized on PokerStars.  Players can normally see him playing $25/$50 limits and above.

Ladouceur went to twitter to tell everyone the exciting news about joining Team PokerStars Online.

Was hard to keep this secret for the last month. Very excited and honored to join @PSTeamOnline Looking forward to it #Pokerstars