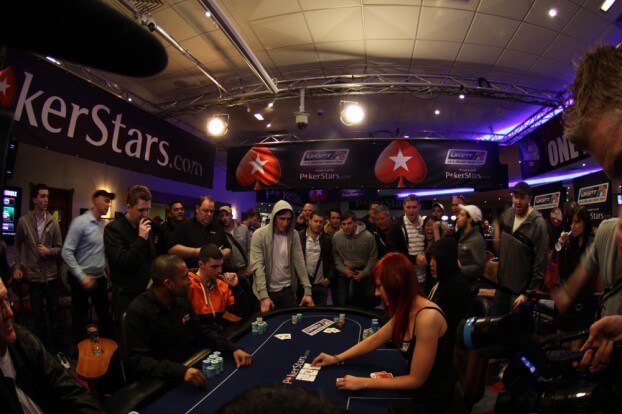 PokerStars has announced that the UK & Ireland Poker Tour (UKIPT) will be making a stop at the Isle of Man.  The Isle of Man just happens to be the home-base of the Rational Group which is the owner and operator of PokerStars & Full Tilt Poker.

The headline event of the Isle of Man Festival will be the £1,100 entry No Limit Hold’em tournament which will be held at the Villa Marina.  The guaranteed prize pool is currently set at £500,000 which will help ensure this event has at-least a few hundred players.

On top of the headline event another draw for players who go to this UKIPT Isle of Man Festival will also the unique event which will taken players to get a first hand look at what PokerStars is all about.  They will be taking players for a in-depth visit of the headquarters starting on October 30th with the last visit on November 4th.

Highlights of the UKIPT Isle of Man Festival

Kirsty Thompson, President of the UKIPT had the following to say about the Isle of Man Festival.

PokerStars is very proud to bring a large-scale poker festival to our corporate hometown to allow poker players to learn about PokerStars and our home. Being able to play, chat and compete with PokerStars employees at the tables will be an extra benefit as they visit the home of PokerStars.