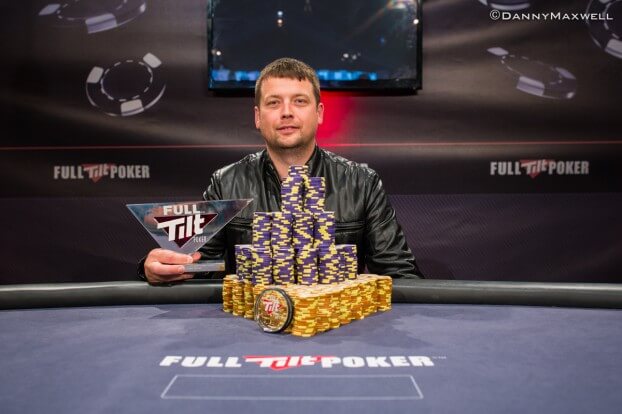 The 2013 UKIPT Galway Main Event is in the books and Alan Gold from the United Kingdom has walked away with the €187,494 first place prize and bragging rights for the rest of the year.

The win was one of the quickest in the UKIPT Main Event history as the final table was completed in just under four hours which ended with a heads up deal that gave Adams the title and €187,494 while runner-up Paul Febers was able to walk away with €149,906.

Gold was the big daddy stake throughout the entire final table as he was essentially unstoppable from the start.  He was responsible for eliminating every single player from five-handed on down.

Paul Febers had the following to say about playing heads up against Gold.

Heads-up was fairly quick, I got smashed, so I’m glad we’d agreed the chop. Alan’s a great player and a worthy winner of the Main Event. We’re going to go and have a beer together now to round off what’s been a great trip for both of us.

Gold who was able to bluff and win some big pots had the following to say after the win.

I basically didn’t pick up a run of cards the whole tournament until the last five. I was bluffing nonstop. I was just getting them all through!