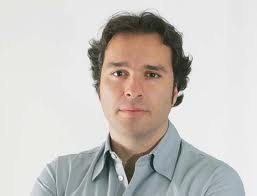 An email sent by Laurent Tapie was recently leaked online and according to the email Tapie is trying to hire the key employees still at Full Tilt Poker so that he can start a new online poker room. The company would be called “Game Cube” if launched, but based on the contents of the email Tapie wants the full support of key employees. Tapie offered to match their current salaries and benefits if they moved over to Game Cube to start developing a new poker room with proprietary software.

Laurent Tapie stated in the email that he needs all of the key employees onboard in order to go through with his plan to build a brand new poker room. I think it would be great, as it’s always good to have competition in the industry. If the PokerStars deal goes through with the US DoJ they would have a huge market share. Tapie also stated that the new poker room would be built using proprietary software and that means players would have one more option when it comes to playing online poker.

The email was dated April 24th 2012 and there hasn’t been any word yet on whether this will move forward. Tapie stated in the email that he needed a quick response if he were to move forward, so it’s looking less likely with each passing day. We’ll let you know if we hear anything about Game Cube in the near future.

Most of the 2+2 website has been restored, but the forum won’t be live until next week. 2+2 is improving the security features on the forum to ensure that a hacker can’t access usernames and passwords again. 2+2 hasn’t specified a date yet for when the forum will be back online, but they expect the upgrades to be completed by next week sometime. I’m sure some of you guys are anxious to start reading the forums again and hopefully 2+2 can reopen the forum shortly.

PokerStars started the Superstar Challenge awhile ago and since then Viktor Blom has done very well. PokerStars is now going to host fixed limit holdem challenges and the 1st challenge is this Saturday at 2PM ET. Daniel Negreanu will be playing one of the best limit holdem players “rUaBot”. Both players will start the match with $75,000 each spread across two tables and the match will last for 1250 hands or until one player loses their $75,000.