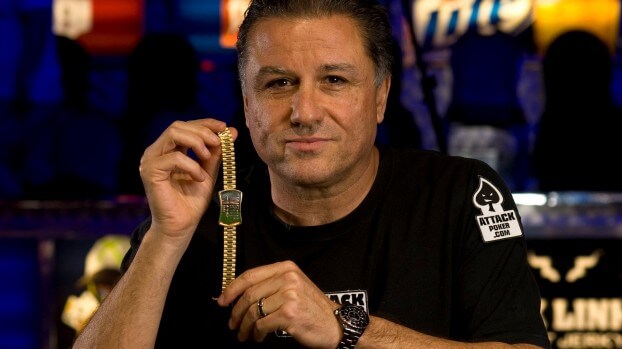 The $2,500 2-7 triple draw event #59 at the WSOP saw huge crowds for the final table which pitted two well know pros against one another during heads up play.  The crowd was a true whose who of poker as many familiar faces donned the WSOP seats to catch a glimpse at this final table. Eli Elezra ended up beating Daniel Negreanu to earn his 2nd WSOP bracelet and his 4th cash and 3rd final table in this game.

Elezra talked to ESPN about this win and had the following to say:

It took a long time to get back here, about five years to win my second one, I played 17 events this year, so this was really beautiful.

Event 59 ended with Elezra holding 9-8-6-5-2 while Negreanu decided to draw a card and Elezra hid behind is opponent while he was sweating for the final card to drop. Then Negreanu showed a King which gave him K-8-6-4-3 and Elezra ended up winning the title.

Elezra continued with the following:

I love poker. I love the people. That’s why I love the game. I like to talk to the people, tease the people, and enjoy the game. That’s the way it should be. Like I did with Daniel (sweating his last card). Some people would not like that. But that’s part of it, for me.