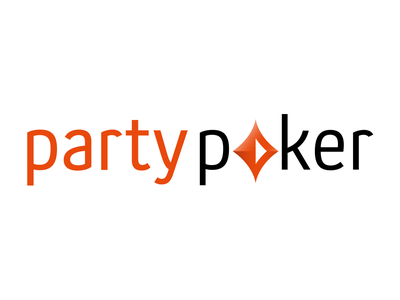 Party Poker once the most dominant poker site in the entire world is in the process of rolling out an entire new branding look.  The logo above is part of the new look that will hopefully rejuvenate the once dominant brand. I do want to stress “hopefully” as it will be an uphill battle with the likes of PokerStars, Full Tilt Poker & iPoker operating in the same markets.

The parent company of Party Poker is Bwin.party and this re-branding is most likely a direct result due to poker revenue collapsing at an alarming rate.  Party Poker has been in a constant decline since leaving the USA market after the UIGEA. 2012 saw gross poker revenue fall 17% from 2011 and gross profit was down 18% over the same period.  The 2011 vs 2010 numbers saw a 10% decrease so in essence the collapse is accelerating.

PokerFuse broke the re-branding by releasing the logo which is above the article.  A Party Poker representative had the following to say to PokerFuse about the re-branding.

The change of color scheme to orange denotes positivity, new beginnings and possibilities.

In all honestly, I think Party Poker is making a huge mistake with this re-brand.  They are on the verge of getting back into the US market as they have partnerships in place with MGM Resorts International and Boyd Gaming Corp in Nevada. As well as a partnership for New Jersey with the Borgata Hotel Casino & Spa.

The old Party Poker logo & branding are iconic and anyone who played poker in the USA before the UIGEA is well aware of Party Poker as they were the true leaders.  This re-brand is throwing away all of that goodwill and branding recognition out the window right when they are on the cusp of entering the lucrative USA market.  To me it makes no sense, but then again having co-CEO’s for all that time made no sense either.

Re-branding will not bring players back the only thing that will is having innovative software, the best in industry promotions and rewards.  Ever since Party Gaming merged with Bwin to create bwin.party the once iconic site has really never come out with anything new and exciting.  They decimated the affiliate program, they reduced the rewards in the VIP program and most of all they never innovated with the software.  They were one of the last of the major brands to have an iOS & android app.