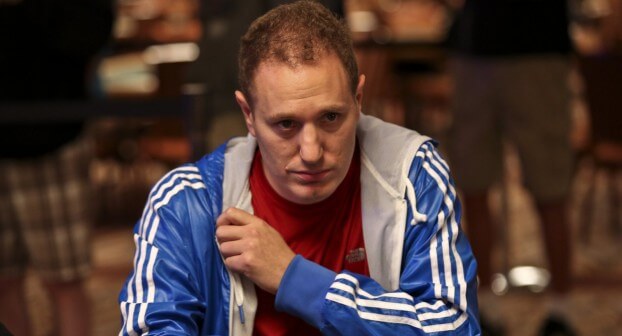 WSOP Event #43 isn’t the most popular event by any stretch, but it draws one of the toughest fields. Only 87 players entered the $10K bracelet event, but that included some big names such as Hellmuth, Greenstein, Mercier, Matusow and Grospellier.

Layne Flack started the final day of action yesterday with the chip lead, but that wouldn’t last. John Hennigan was the 1st player to be eliminated from the final table in 7th place, but Flack wasn’t far behind and was knocked out in 6th place.

Jon Turner and Jeff Lisandro were the next two casualties to be knocked out of the tournament. Once the action was 3-handed the remaining players went on a dinner break. At this point in time Jesse Martin held a commanding chip lead in the tourney.

Martin eliminated Konstantin Puchkov in 3rd place and went into heads-up play against David Baker as the chip leader. He held a chip lead, but Baker had Martin beat in the experience department, as Baker won this same tournament back in 2010.

Unfortunately for Baker he was never able to use his experience once the action went heads-up. On the 9th hand of HU action Baker went all-in and was called by Martin. Both drew one card with Baker drawing a king and Martin drawing a 10 to win.