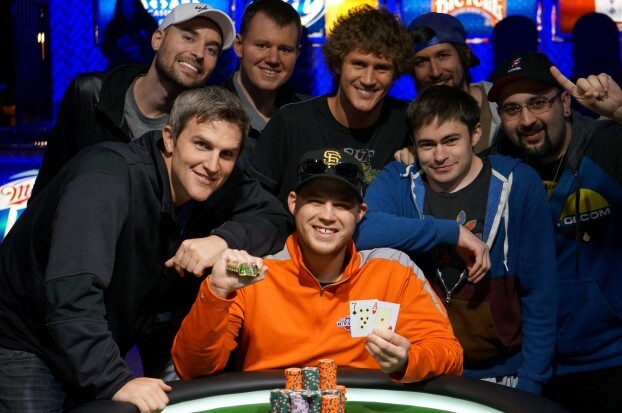 The players who weren’t able to make the final table are Thomas Miller, Thien Le, Ryan Riess and Ben Greenberg. Once the final table was set Dimitar Yosifov (1,550,000 Chips) and Carter Myers (1,302,000 Chips) were the only two players over 1M in chips.

Jonathan Thompson was the 1st player knocked out of the final table. His A/Q of clubs lost to the pocket 10’s of Moore. Yosifov raised with A/J not long after and Mike Pickett went all-in with K/J. Yosifov called with his A/J and hit a full house to win.

Matt Seer (7th), Chris Bolek (6th), Carter Myers (5th) and Dimitar Yosifov (4th) were the next to be eliminated. When action went 3-handed the remaining players were within 350K chips of each other. Jesse McEuen was the next to go in 3rd place.

Dombrowski held the chip lead when heads-up action started and he never relinquished that lead. HU action lasted 2.5 hours before Mathew Moore made a move with K/6 off-suit and got called by A/7. Dombrowski won the hand and the tournament.