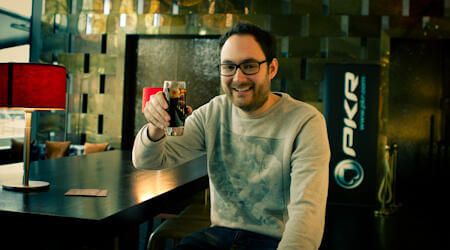 Simon is a cash game pro who can be found at the $5/$10 6 handed no limit holdem tables. He is 29 years of age and will be appearing on the next PKR London Cash Game television broadcast.

He had the following to say to CardPlayer Magazine “I feel very privileged to be asked to be the new Team PKR Pro. I want to help represent a brand I have had great affection for over the last few years.”

He went on to say “I have played almost exclusively on PKR for a long time now and made some great friends here. One of my main aims is to improve my live tournament record, so let’s hope for deep runs in the near future.”