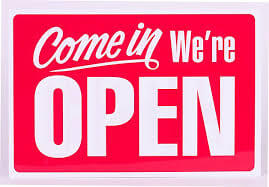 PokerRoom.com was initially launched in 1999 and quickly grew into one of the most popular poker rooms. Most of the PokerRoom player base lived in the United States and once the UIGEA was passed in 2006 it destroyed PokerRoom. In 2006 OnGame had to leave the US market because of the UIGEA and within a few years it forced PokerRoom to close down.

After PokerRoom had to stop operating in the US market in 2006 it quickly crippled the poker site. PokerRoom tried to hang on to the small market share they had left, but in 2009 PokerRoom had to close their doors. PokerRoom made an announcement in 2009 that they were closing shop and that current PokerRoom players plus balances would be transferred to Bwin Poker.

Throughout much of December there were rumours circulating the poker forums about PokerRoom reopening. In December Bwin’s SEO Manager made a Tweet on Twitter that stated PokerRoom would launch again with real money poker games. The Tweet was deleted from Twitter soon after, but now the rumours have been confirmed.

PokerRoom is now open for business again and have real money games running. US players still won’t be able to play, but you can sign-up and participate on the PokerRoom Forums. The OnGame Network still can’t accept US players, but if online poker becomes legal this year in states across the USA I’m sure OnGame will try and become licensed to operate in the country.

Bwin.Party has been trying to sell the OnGame Network and apparently they have several interested investors looking at possibly purchasing the network. Bwin Poker players would be merged with Party Poker, but the rest of the network would be sold, which could be one reason why PokerRoom was re-launched.

The OnGame Network ranks 5th in overall poker traffic right now according to PokerScout. With the reopening of PokerRoom there is no doubt that the sale of OnGame will be sweetened up a bit. PokerRoom is offering great bonuses right now to new players that sign-up and you can also take advantage of our great OnGame VIP Deals.