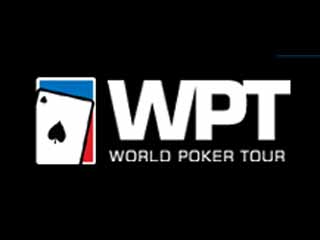 Yesterday the World Poker Tour (WPT) announced that they’ll be returning to Canada. This announcement was expected since the 2012 WPT Montreal event was such a success. 2012 was the 1st year in four years that the WPT hosted an event in Canada.

Jonathan Roy won $779,710 for winning the 2012 WPT Montreal Main Event after beating 1172 other players in the field. Last year a few records were broken, as the ME was the biggest WPT event in Canada and the 3rd biggest WPT tournament ever.

During Season XI the Playground Poker Club will host the 2013 WPT Canadian Spring Championship from May 3rd – 9th 2013. We haven’t been able to see a full schedule of the event yet, but the WPT site will update with the full schedule once available.

The main event will boast a buy-in of $3300 CAD and there will be a single re-entry allowed for every player if they wish for the same amount as the buy-in. Based on last year’s event in Montreal you can expect a playing field of 1000+ during the Spring.

The WPT Montreal stop is also back this year and will be hosted at the Playground Poker Club in Montreal again. This year there are going to be multiple events on the schedule including the main event and a brand new high rollers tournament.

This year the 2013 WPT Montreal series will run from November 29th – December 5th 2013. Canada’s growing poker community is getting the chance to play in two great live series this year with the World Poker Tour and it should be a lot of fun.

Last year numerous pros made it out to the 2012 WPT Montreal Main Event including Esfandiari, Negreanu and Laak. The event is going to be aired on television this year with other WPT content from Season XII, which they didn’t do last year.

Qualify to Both Events at Party Poker

Party Poker is the official sponsor of both events in Montreal this year and that’s great news. Canadians can qualify for both of the events above. Party Poker will be running online satellites leading up to the events including freeroll qualifiers.

There is no word on players can start qualifying to the 2013 WPT Montreal Event, but qualifying for the Spring Championship will begin on March 11th at the Party Poker room. You can sign-up to Party Poker today if you haven’t and earn a $500 sign-up bonus.

Having the World Poker Tour in Canada is huge and Montreal is a great central location with a casino. It would be nice to see the WPT expand in Canada in the future, but in 2013 we can at least look forward to two events.