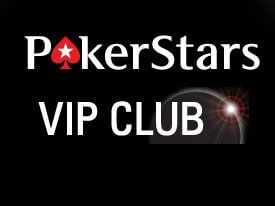 On Tuesday the world’s largest online poker room announced a major change in their upper management including the “promotion” of one of the longtime stalwarts in the online poker industry, Lee Jones.

Jones was acting as the Head of Home Games at PokerStars since returning to the site a few years ago –after a stint as the Cardroom Manager at Cake Poker before Black Friday—but from here on out Jones will be the Head of Poker Communications for the site.

Jones will likely have a simple transition into his new role, as he has already been acting as a spokesman for the site on the 2+2 poker forum for quite some time, and in the newly created role he will be tasked with being the go-between for the poker community and PokerStars.

Along with Jones, several other management positions have been reshuffled/created, including the site’s new Head of Public Relations Michael Josem. Josem and Jones will join the current Head of Corporate Communications, Eric Hollreisser to form a powerful trio tasked with overseeing what could be one of the most important periods in online poker history, as legislation in the US moves from wishful thinking to a reality.

Jones’ resume is about as impressive as it gets, considering the longtime poker player and author has been working in the online poker industry from its very earliest days. In addition to his two stints at PokerStars and successful run at Cake Poker, Jones has also worked on the European Poker Tour as well as at Cardrunners.

While Jones new “boss” Eric Hollreisser said, “Lee has been a long-time poker evangelist and there are few people in the industry who can match his passion, knowledge and experience. In this role, Lee will focus full-time on using his knowledge and experience to engage audiences in forums, media, events, blogs and internally, infusing in all of us his passion and love for the game.”

The third man in PokerStars new communications is the least known, Michael Josem, who was instrumental in uncovering the UB Super-User scandal that is now over five years old (where does the time go?) when he did his own investigation and plotted the data of the highly abnormal NioNio account. Thanks to his Super-User detective work, Josem has worked as security adviser for a number of online poker sites, including Full Tilt Poker and PokerStars.