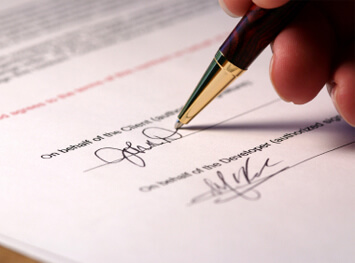 Two of the biggest names in poker have signed new deals in recent days, one with PokerStars and the other with the Poker Royalty agency that represents some of the top players in the game, including Daniel Negreanu and Phil Hellmuth. A third well-known poker player also inked a deal this past week, signing with the yet-to-be-launched online poker training site IveyPoker.com.

The roster of poker players continued to grow this week over at IveyPoker.com as the site announced the signing of former hedge fund manager turned poker player Dan Shak. The announcement came right after Shak made the final table of the 2013 PCA Super-High-Roller; unfortunately Shak couldn’t replicate the run-good that accompanied Greg Merson when he signed with IveyPoker.com just before his WSOP Main Event victory in October.

A press release on Thursday announced that Poker Royalty will now be representing Sam Trickett, considered one of the best players in the game. Trickett is currently without an official sponsor, and considering his recent run at the poker tables, Poker Royalty is likely fielding a number of offers for Trickett’s services.

“Sam is an immensely talented poker pro who is living the dream of every young player,” said founder and CEO of Poker Royalty Brian Balsbaugh. “Given our strong relationships with the world’s biggest gaming companies, Poker Royalty is ideally situated to identify the numerous poker-related sponsorship opportunities available to someone with Sam’s outstanding poker accomplishments.”

Trickett also recently got engaged to his longtime girlfriend Natasha Sandhu, letting the world know via his Twitter account: I havent got round to telling everyone yet,but if u havent heard i proposed to @NatashaSandhu last night……!!! she said yes #thankgod ha!

The final signing this week was Triple Crown winner and former Team PKR Poker member Jake Cody who signed with PokerStars. Cody is the youngest Triple Crown winner in poker history, and also accomplished the feat in the shortest amount of time, taking only 22 months from winning the first leg of the Triple Crown to the third.

Cody called joining Team PokerStars “The Holy Grail of poker sponsorships,” when the announcement was made at the PokerStars PCA, adding, “It probably sounds quite silly but it is literally a dream come true. I know it’s something that everyone says but it genuinely is. It’s something I’ve been working at for a while now. For it to actually happen… it’s awesome,”

The face of Team PokerStars, Daniel Negreanu, had glowing remarks for the young Brit, “PokerStars always looks for young up-and-coming ambassadors for the game and I feel like we’ve found a gem. The youngest ever winner of the Triple Crown. He’s won a WPT, a World Series of Poker bracelet and more importantly an EPT. He combines poker skill with a gentlemanly demeanour as is expected in a PokerStars Team Pro. Ladies and Gentlemen, please welcome Jake Cody to the team.”