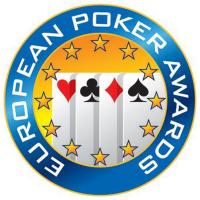 The 2013 European Poker Awards nominees have been announced, with the ceremony set to take place at the Elysee Biarritz in Paris, France on January 22, 2013. This year will see a scaled-down version of the European Poker Awards voting process, with one of the major categories removed from the popular award ceremony, which is now in its 12th year of existence. Missing from the list is the Poker Player of the Year Award (which is now awarded to the Top European poker player on the Global Poker Index) and as always there aren’t any nominees for the Lifetime Achievement Award, an award that is historically decided by the judges alone.

The ceremony will be hosted by Kara Scott (a nominee herself) and will be part of the Euro Finals of Poker tournament Series in Paris. The judges’ panel for the 2013 European Poker Awards includes: Nic Szeremeta, Stephan Gollubits, Jérôme Schmidt, Barry Carter, Joe Beevers, Alexandre Dreyfus, Michael Michelin and Jesse May.

Here is a look at the nominees in each category:

Player of the Year:

Rookie of the Year Nominees:

My Pick – Ole Schemion, who emerged as a Player of the Year candidate in 2012

My Pick, Sam Trickett for his runner-up finish in the Big One for One Drop

My Pick – Lucille Cailly, who had 1 WPT cash; 1 WSOP cash; and 3 EPT cashes including a runner-up in the Grand Final

Internet Player of the Year Nominees:

Rob Gardner Memorial Award for the Poker Personality of the Year Nominees:

My Pick – Can we finally give Tony G some love?

My Pick – Prague takes the trophy

My Pick – This award could go to a number of people, but I’ll stick with my #1 choice for the Poker Hall of Fame, Terry Rogers.