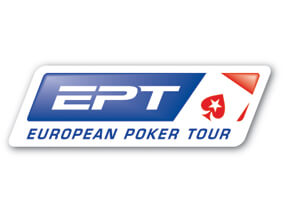 The Party Poker-led World Poker Tour (WPT) Main Event in Prague, Czech Republic concluded this past weekend and without missing a beat the PokerStars-led European Poker Tour (EPT) has already reached Day 3 of their Prague Main Event. A huge field of players entered the tournament over the two starting days on Sunday and Monday, with the final attendance mark reaching a record-setting 864 players.

With a prize-pool of just under €4.2 million, the winner of the EPT Prague Main Event will be walking away with an early Christmas gift of €835,000; plenty of cash to pick-up a few extra stocking stuffers for their friends and family –or perhaps their favorite poker writer!

Here is a look at the Top 10 chip counts heading into today’s action:

Following Prague the European Poker Tour will be on a short hiatus until after the new year, when one of the biggest tournaments of the year will take place, the 2013 PokerStars PCA in the Bahamas. The 2013 PCA will take place from January 5-14, 2013, with the Main Event running from the January 7-13.