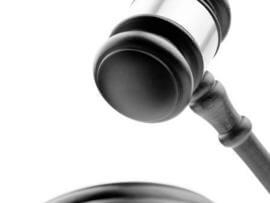 For those of you out there who were hoping a fresh set of “criminal” charges may find their way to Howard Lederer, it looks as if you’ll have to be content with what will likely be a massive monetary forfeiture. The reason I say this is that Rafe Furst, one of the three members of the Full Tilt Poker Board of Directors (along with Howard Lederer and Chris Ferguson) the US Department of Justice civilly indicted in the aftermath of Black Friday settled with the DOJ this past week.

According to court documents filed on Wednesday, November 28, 2012, Furst abandoned all claims to his private trust account, Telamonian Ajax Trust (obviously Furst is a fan of The Illiad by Homer), a Swiss bank account where Furst’s Full Tilt Poker distribution payments were paid. In addition to relinquishing any rights to the account (which likely held some, or all of the $11.7 million amount the DOJ cited when they charged Furst in an amended civil complaint weeks after the original Black Friday indictments were unsealed) Furst also paid a $150,000 fine.

Despite his forfeiture, and the agreement to pay the $150,000 fine (which will be made in installments) Furst admitted no wrongdoing or “liability thereunder” (a nice legalese word if I ever saw one). It is made clear in the order of settlement that Furst “contends that he was unaware of any wrongful activity of Full Tilt Poker and unaware that the company had become unable to satisfy its player account liabilities.”

The document also addresses the possibility of Furst returning to the online gaming industry:

So the general gist of the settlement is that Rafe Furst:

• And most importantly, is off the hook with the DOJ for his role at Full Tilt Poker

You can read the complete settlement document here: https://docs.google.com/file/d/0BxNSLF3qCn56Q3FtS2V2eE9MRzg/edit?pli=1

While Furst has decided to settle, Howard Lederer and Chris Ferguson have decided to continue to fight the forfeiture claims – hoping they can hang on to the $40+ million the DOJ is seeking from each man. Both men have filed multiple motions to dismiss, but it seems that the writing is on the wall, and in the end the two will likely have to take a similar tack to Furst.