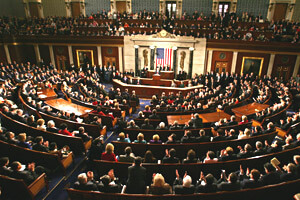 The chances of an online poker bill passing the United States Congress have never been good, and the latest bipartisan bill being floated around the Senate has a new opponent to contend with, as Paul Clement, the man spearheading the fight against the constitutionality of the Affordable Care Act (AKA Obamacare) has decided to weigh in on a potential online poker bill.

Clement’s involvement came about after the Poker Players Alliance (PPA) sought out his expert opinion on the Reid/Kyl bill according to the Las Vegas Review-Journal. According to the LVRJ, Clement passed along a memorandum to retiring Senator Jon Kyl (R-AZ) stating that in his opinion the bill is laden with “constitutional infirmities” and the Reid/Kyl bill is on far weaker footing than the proposed legislation from the 2010 Lame Duck session.

Clement’s main gripe seems to be over the “bad actor” clause, which prevents any online poker sites from receiving a gaming license if they operated in the United States after 2006, when the UIGEA was passed as part of the Safe Ports Act. In his analysis, Clement calls this part of the proposed legislation a bill of attainder which “is an act of a legislature declaring a person or group of persons guilty of some crime and punishing them without privilege of a judicial trial,” according to Wikipedia.

“Cutting off prior providers from the newly regulated market deprives them of the expectation that they would have been able to participate in that market, raising serious due process concerns,” Clement wrote in the memorandum, adding that “No notice or hearing is required to accomplish that deprivation — the 2012 act’s passage completes the task.”

Clement goes on to question the method with which states can opt-in and opt-out of the legislation. The current draft of the bill calls for state legislatures to vote on opting-in or out of the bill by a simple majority, so long as a quorum is achieved at the time of the vote (a quorum is simply a fancy way of saying having enough representatives in the chamber to have an official vote).

Besides the constitutionality infringements cited by Clements, the bill itself is not without other issues. For one, many people are unhappy with the idea of legalizing online poker, but at the same time strengthening restrictions and penalties on all other forms of online gaming. The bill also shuts-out international players during the initial rollout; a move that severely limits the overall player pool.

Another issue with the proposed bill has been the blowback from states, including a letter sent to Congressional leaders by the National Governors Association (NGA) in October, voicing their displeasure with the bill. States that already offer gambling in different forms are worried that the federal bill may siphon off some the revenue generated from their lotteries and other gambling outlets.