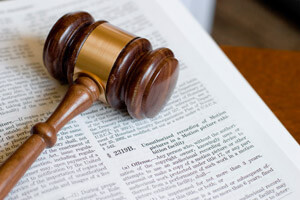 On Tuesday the Poker Players Alliance had a sit down meeting with the US Department of Justice to discuss the remission process for US poker players. The last word players received was on August 8th, 2012 when the DOJ announced it was looking to hire a third-party payment processor to handle the repayments of some $150 million to US players affected by the shutdown of Full Tilt Poker back in April of 2011.

Among many concerns to the US poker community is how the DOJ will determine who is entitled to what amount of compensation, ranging from player balances, bounced checks, unprocessed deposits, Full Tilt Player Points and tournament tickets. According to a PPA press release (which can be found below) the DOJ listened to their arguments for full repayment as well as a conversion of FTP’s and other rewards, but no decision has been made at this point.

Perhaps more troubling is the timetable, which the PPA described as “a long way away”, stating that the DOJ hasn’t even settled on a payment processor to handle the remission claims at this point. More and more it is looking like US players will be getting the short-end of the stick (considering foreign players have already been repaid by PokerStars) and could be waiting a very long time for their money; perhaps a year or more based on what we have seen so far.

It’s unclear what, if any, sway the PPA holds over the entire process (my guess is the meeting was meant to placate the group and the players eagerly anticipating their refunds) or if the DOJ will take their arguments regarding the value of FTP’s and other rewards into consideration when they make their final decision on the amount they will return to players. So, despite the notion that Black Friday was firmly in the rearview mirror, it appears the taint of April 15, 2011 will remain with the US poker community for quite some time to come.

Here is a look at the press release issued by the PPA following the meeting on Tuesday:

“Today I met with officials from the U.S. Department of Justice (DoJ), Asset Forfeiture and Money Laundering Section. This is the division of the DOJ that oversees the process of remission for victims of crimes. The settlement in United States v. Pokerstars, et al. designated for refunds to U.S. players over $200 million in funds forfeited on April 15, 2011 by PokerStars, relating to their FultTilt Poker accounts. I was joined by PPA counsel Marc Zwillinger and Ken Dreifach from the Washington D.C.-based law firm ZwillGen, PLLC. It was a cordial and productive meeting. We provided DOJ with information and insights on what the player community expects from the remission process, and how we believe such a process ought be administered to assure fairness.

Our first priority was to reaffirm our earlier assertions from an August 8, 2012 letter that 100 percent of player account balances be made available to players through the remission process. We laid out compelling legal and practical arguments why full repayment was the only equitable solution. We also raised the issue of “player point” balances on FullTilt Poker and encouraged the DOJ to recognize the inherent value of these points when they consider what a player is owed. Our thoughts on these matters were well received; however, it was clear from our discussion that no decisions have been made at the DoJ regarding the manner of repayment of player balances. Nevertheless, we have provided them with a clear picture of the expectations of the player community.

Secondly, we shared our thoughts on a streamlined process for players to apply for and receive their funds. We emphasized the need for a flexible approach to player authentication and verification. While they would not confirm so in the meeting, we are hopeful that the DoJ has sufficient means to authenticate players based on the records such as user name, passwords, security questions and email addresses.

Our third objective was to get a sense of timing. Unfortunately, completion of a refund claims process is a long way away. The first step in this process will be the Department’s hiring of of a third-party claims administrator, after a bidding process: there is no current date certain for that selection to occur. But it was evident that even when a claims administrator is hired, forfeiture and remission procedures require that a substantial administrative process be adhered to before players begin seeing their funds. The PPA will remain vigilant in our advocacy for the players. We are also mindful of the staffing and resource limitations of the Department – and the numerous other forfeiture cases they are administering — and we thus have offered our assistance to help them navigate the complexities of the issues and hopefully expedite the refund process.

This is certainly not good news for those poker players still awaiting the return of their money, but it is all the news the PPA can provide at this time. Beyond that the PPA can only pledge to continue its work with the DOJ and do everything it can to help the DOJ get the process moving as soon as possible. The PPA’s legal team is already working on specific methods to help accomplish this objective.

While there were not many answers to come from this meeting, I do believe that it was beneficial and that there is a clear record for the Department to make the right decisions with respect to the player remission process. We fully expect to keep a continued and open dialogue with the Department and we will continue to update you as more information becomes available.