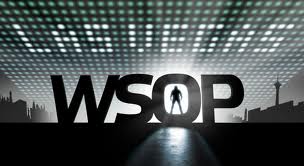 With Caesar’s Entertainment posting another bad Quarter (in the red by over $241 million during Q2 of this year) and with their Fitch Rating downgraded from “stable” to “negative”, analysts are suggesting that the only way out for the massive casino corporation would be a restructuring, including offloading the very lucrative World Series of Poker brand, one of the companies best assets.

According to Vegasinc.com Caesar’s still has enough liquidity to cover its near $20 billion of debt, but the Fitch rating company’s report is more concerned about the Caesar’s ability to continue pumping investment dollars into the business as more debt is expected to be racked-up over the next two years.

Additionally, the report is concerned that while Caesar’s is still aggressively growing, and launching new projects, the Fitch report has concerns over the amount of interest the company will be paying on its debts in the coming years: “A spin-off of Caesars’ Interactive unit or other means of monetizing the online business could be logical precursors to a restructuring. The parent guarantees OpCo’s debt and sponsors, if electing to restructure OpCo, would likely want to extract value out of Interactive and not risk the entity being pulled into the restructuring proceedings,” Fitch said in its report, adding “Besides (possibly) entering into Chapter 11 (bankruptcy), Caesars may elect to execute debt exchanges, possibly for equity since the company is now public.”

Harrah’s immediately sold Binion’s for what is purported to be roughly the same price they bought it for, but withheld the WSOP. This gave Harrah’s control over the WSOP for practically nothing, which will likely go down as one of the best deals in casino history.

The report did say that if online poker is legalized in the US it would boost the valued and earning power of Caesar’s, as some of their key assets lineup nicely in this market: the WSOP.com UK poker site and a software development company called Playtika.