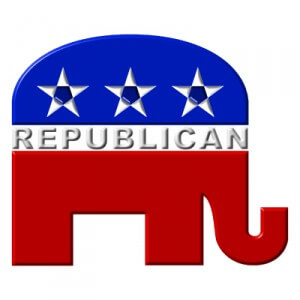 With the Republican Party hosting their 2012 convention, where they will be officially nominating Mitt Romney as the Republican Presidential candidate to take on incumbent president Barack Obama, the party also released their official party platform on Tuesday, with small section of the lengthy document catching the eye of many poker players.

Under the heading of “Making the Internet Family-Friendly” the Official Republican Party platform calls for the following [bold mine]:

“Millions of Americans suffer from problem or pathological gambling that can destroy families. We support the prohibition of gambling over the Internet and call for reversal of the Justice Department’s decision distorting the formerly accepted meaning of the Wire Act that could open the door to Internet betting. The Internet must be made safe for children. We call on service providers to exercise due care to ensure that the Internet cannot become a safe haven for predators while respecting First Amendment rights. We congratulate the social networking sites that bar known sex offenders from participation. We urge active prosecution against child pornography, which is closely linked to the horrors of human trafficking. Current laws on all forms of pornography and obscenity need to be vigorously enforced.”

So, if there was any question on where the Republican party as a whole stands on online poker this pretty much makes it crystal clear, and seems to imply that a Mitt Romney presidency is going to be an anti-online poker presidency –something most people expect due to his Mormon background and that religion’s views on gambling of any kind.

With the recent wins by poker players as they fight for a legalized and regulated online poker market in the US (most notably the DOJ ruling that the Wire Act only applies to sports-betting and the more recent ruling by a federal judge calling poker a game of skill) now is the perfect time to push back against these attempts to stifle online poker and let these politicians know where you stand on this infringement on our personal freedoms.

The Poker Players Alliance (PPA) was quick to notice this piece of information, and got the word out to their members via E-Mail and social media, calling on PPA members to let their voices be heard by going to the GOP Party website and voicing their displeasure with the paragraph against online poker, tweeting and using social media to get the word out, and directly tweeting both presidential candidates – you can find the links to all of these measures by visiting the following link at the PPA website: PPA Weekly Update