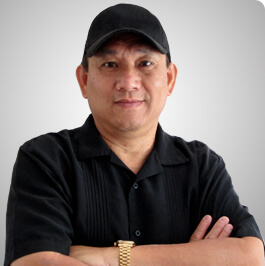 There is a new player in the world of online poker rooms, PokerAce. The site is based in the Philippines and will be available to players around the world (except in specific markets where online poker laws have been passed) but according to the site’s mission statement it will be focused primarily on the Asian Market, a fact that can be seen by their marketing campaign as well as the stable of poker pros they have hired to represent the site up to this point.

So far PokerAce is making some headlines based on three separate things; the sponsorship of 2005 WSOP Main Event Champion Joe Hachem; the fact that the client is only available in a browser based format; and a relatively unique feature that allows players to participate in three separate categories of tables based on where they spend most of their time.

I’ll start with the last feature first since it’s the most interesting. At PokerAce there are poker-room specific tables, poker tables that are only available to sports-bettors at the site, and combined tables available to both poker players and sports-bettors. The general poker room tables use a basic rake structure (capped at $3 for most games) while the other two sets of tables are raked far higher –the mixed tables have up to a $15 cap for ultra-high-stakes (from $2/$4 Limit and $1/$2 NLHE you’ll be facing a stiff $9 cap), and the “hidden” sportsbook only tables are likely even higher! So, while the play will likely be far softer at the sportsbook and mixed tables the rake will severely cut into your profits.

One area where the site will need to make some improvements is their software. PokerAce is using its own software (the site is functioning as an independent online poker room) and is currently not available for download; which means online poker players will be using a far inferior product than they have grown accustomed to over the years, having to play on a browser-based platform.

The final piece of the puzzle is the team of sponsored poker pros the site has assembled, headlined by 2005 WSOP Champ Joe Hachem (Interestingly, residents of Australia are one of the countries barred from the site) with the rest of the PokerAce team being made up of JC Tran, Nam Le, and 2012 WSOP November Niner and WSOP bracelet winner Steven Gee which should give them some exposure this October.

It will be interesting to see how the separation of the site’s player base will work out for the site, basically insulating casual poker players from the sharks by providing exclusive high-rake tables, but if nothing else they are not following the usual cookie-cutter online poker room model.

You can find more details about PokerAce at their website at http://pokerace.com/