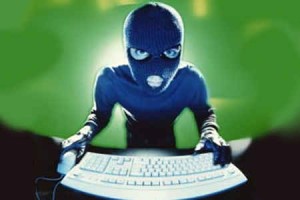 A potential firestorm is currently unfolding on the 2+2 poker forum as hacking allegations against controversial poker pro Matt Marafioti and a Swedish poker player named Samer Rahman are gaining traction, and more and more evidence is coming to light. Before detailing what has been uncovered, I want to make it very clear that these are still only accusations, and while Marafioti has admitted to some of the allegations, Rahman has adamantly maintained his innocence in his single post in the thread.

The allegations were first posted by an anonymous, first-time, user at 2+2, where they posted some damning (if they prove to be true) chat logs between the two men, Marafioti and Rahman. Since this initial post there have been several pieces of new evidence that have come to light on both the forums and social media, the most incriminating coming from the fingertips of Marafioti himself, and the two men have different stories on what occurred and their relationship in general.

Marafioti has claimed that the chat between the two did occur, but that they have been doctored and he has adamantly denied ever cheating anyone in online poker games. Later a very incriminating series of Twitter Direct Messages was posted by Marafioti’s friend William Reynolds, which dug an even deeper hole for Marafioti to climb out of. *Marafioti’s tweets (which are set to private) are sprinkled throughout the 2+2 thread.*

Link to DM’s from William Reynolds

While a number of wild accusations have been leveled throughout the thread (it is the (NVG) News, Views, Gossip forum on 2+2 after all) there have also been some excellent posts of firsthand encounters with some of the alleged cheating accounts, as well as several reputable players explaining how they discovered Trojan viruses on their computers after losing large sums at the online poker tables.

According to several Swedish poker players, many victims are unwilling to come forward due to the involvement of Swedish organized crime syndicate being involved in the hackings on some level. A similar thread on a Swedish poker forum was eventually removed after the original poster asked for it to be taken down, which according to the 2+2 Swedish posters occurred after threats.

This is not the first controversial situation Matt Marifioti has found himself in. the young poker player is extremely polarizing in the poker world simply due to his brash talk and narcissistic tendencies, but he has also been accused of everything from reneging on a prop bet, to soft-playing in the $25k WPT Championship, to reneging on “flips”, to multi-accounting, to colluding with another player by sharing 50% of their action in a three-handed game and then Marafioti refusing to pay his percentage of the losses –yes the two players sharing 50% lost to the lone player.

The hacking allegations seem to be Marafioti’s last chance in the poker world, and many members of the 2+2 and poker community are ready to pillory the young player, whose explanations for what has occurred have done more harm than good at this point.