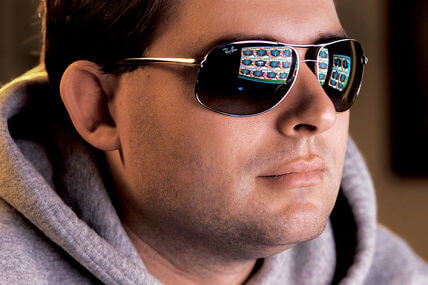 Schmidt’s signing is just the start, according to a press release by the site, as they plan to build a team of poker pros around Schmidt who will be an instrumental part in choosing the players that make the final cut. Schmidt will wear many hats for ACR, including creating blogs, picking new team members, representing ACR at live events, and working with the site’s Cardroom Manager to improve user-experience at ACR.

Schmidt is an online poker legend, both for his incredibly consistent play –Schmidt has never recorded a losing month at the online poker tables in his seven year poker career– and for his role at several online poker training sites, where he has become one of the top and most sought out coaches in poker. Schmidt has also authored several highly acclaimed poker books including Treat Your Poker like a Business and Don’t Listen To Phil Hellmuth – volume 2 of Treat Your Poker like a Business is scheduled to be released in the coming months.

Amazingly, if it wasn’t for health issues at a young age Schmidt would likely be playing professional golf. As an amateur he broke several of Tiger Woods California State junior records and was atop the Golden State Tour when he suffered a heart attack at just 23 years of age. Schmidt is still an active golfer, although he lost his amateur status after issuing a $1 million challenge to anyone willing to play him in both golf and poker. His new role with ACR may cut into his rounds on the golf course though.

“It’s conceivable that Dusty has played more hands of poker than anyone in the history of the game,” Americas Cardroom spokesman Michael Harris said. “He is easily one of the great thinkers in the game — if not the greatest. Dusty is the rare elite talent who is as skilled at teaching the game as he is at playing it. Signing him as our new online poker pro is a major coup for Americas Cardroom.”

“I’m extremely excited to represent Americas Cardroom,” Schmidt said. “It really is an honor. I’ve had a long relationship with the folks who run the company, and I think they’re great people.”

A former member of Team PokerStars Online where he regularly reached the site’s Supernova Elite status, “Leatherass” as he is known online is currently a coach at BlueFire Poker, and is now the lead pro at Americas Cardroom.