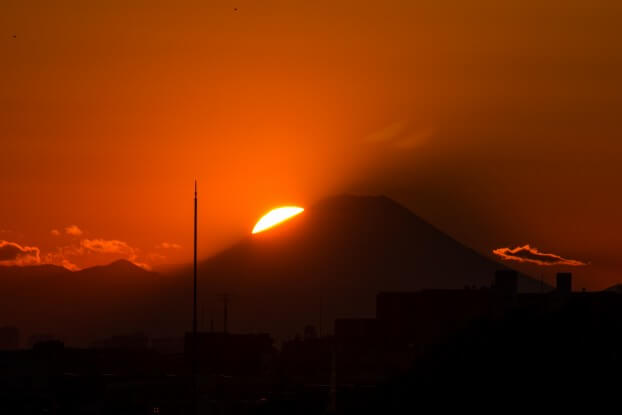 It is undoubtedly taking longer than some would like but slowly but surely Japan is getting used to the idea of poker. Political moves to legalise casino gambling in time for the 2020 Tokyo Olympics may have stalled, but, at street level and throughout Japanese cyberspace, the game is steadily gaining ground. The story of Japanese poker may appear to be a headline-free story – nothing is happening very quickly or dramatically – but over the long term there is little doubt that the game is making its way into the Japanese mainstream. And as that happens the numbers involved will eventually guarantee a big news story.

At the moment Japan finds itself at something of a tipping point with respect to poker, just as it does with Western casino style gambling more generally. One the one hand, there is no history of such games in the country. The Japanese have their own extremely well-established and still highly popular forms of gambling, just as they do so-called mind sports. But at the same time dedicated domains such as http://www.32red.com/jp/ which are expressly directed at the Japanese market are finding a ready appetite amongst Japanese would-be grinders.

The most obvious example of a uniquely Japanese form of gambling is Pachinko – a colourful (and noisy) hybrid of pinball and fruit machines which only came into existence in the 1920s. Pachinko represents a vast industry in its own right. With some 12,000 dedicated pachinko parlours nationwide and an estimated annual spend equivalent to $185 billion. Poker’s progression is unlikely to be quite so slow but the numbers involved show just how lucrative a potential market is lying in wait.

Alongside that distinctly 20th century technological entertainment, is Japan’s long and proud history of intellectual games that combine strategy, skill and a measure of uncertainty. Mah-jong is still played by many Japanese, as are go and shogi – both of which enjoy a lively and highly competitive clientele, including professional-level competition. Together, pachinko and those more strategic games show just what rich terrain there is for anyone who can package up poker for the Japanese market.

Seen from afar, the story of poker’s gradual creep into the collective Japanese consciousness represents the confluence to two distinct historical flows. And over the longer term, neither of them are likely to do anything other than fuel the game’s uptake.

The first of those drivers comes in the form of digital technologies that are increasingly breaking down international cultural boundaries, just as they are making a life difficult for national law-makers. What happens online has a happy knack of paying little heed to the way that politicians draw lines on a map.  And Japan’s population of 127.6 million is one of the most switched on and connected populations anywhere. The attention being devoted to a specifically Japanese audience by the likes of 32Red is unlikely to be a wasted investment.

The second poker fuelling factor derives from the mention of the Japanese population itself. Although Japan’s population is in decline due to a markedly low birth rate (and close to zero immigration) younger Japanese are both more technologically switched on than their elders and more outward looking in their cultural inclinations. Whereas shogi or pachinko might once have been the games of choice, the exotic Western cachet of poker from providers such as Titanbet or Interpoker, which is such a perfect fit for the online experience, is an equally perfect recreation for younger Japanese. The point is, that for all Japan’s famously high life-expectancy rates, the future will inevitably be dominated by those youngsters. In other words, the growth of poker in Japan needs to be seen in generational terms.

It took pachinko a generation to become something close to a national obsession in the 20s and 30s. Thanks in no small part to the energetic promotion of the game by Western providers poker is moving faster than that. Japanese players are increasingly evident on the WSOP circuit and, inevitably, when they do well, the publicity they generate only adds to the buzz around the game.

We can’t yet claim that poker is big in Japan, but all the signs are that it is going to be. There are some big hitters lining up to cash in when that happens. In the meantime, however, they are going to have to bide their time and be patient. As they say in Japan, Tokyo wasn’t built in a day.