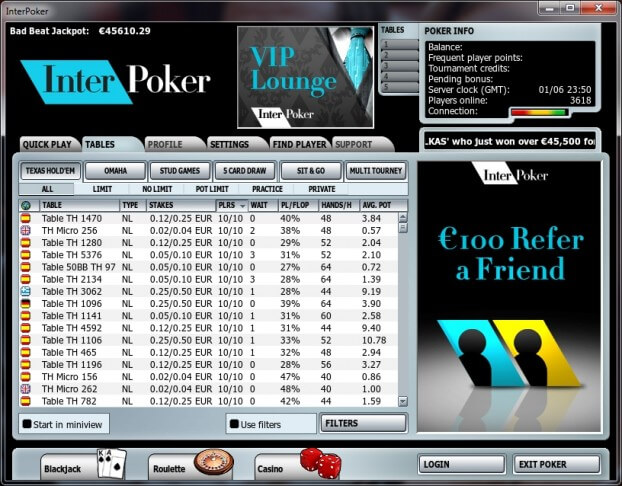 InterPoker is pulling out of Spain, Bulgaria & Belgium according to a recently sent email to affiliates.

That means all existing players in those countries can no longer play on InterPoker.

They sent affiliates the following message:

Following recent legislation to establish a regulated online gambling regime in Spain, Bulgaria and Belgium, our brands InterCasino, VIP Casino and InterPoker are no longer available to players residing in these countries.
Please Note: