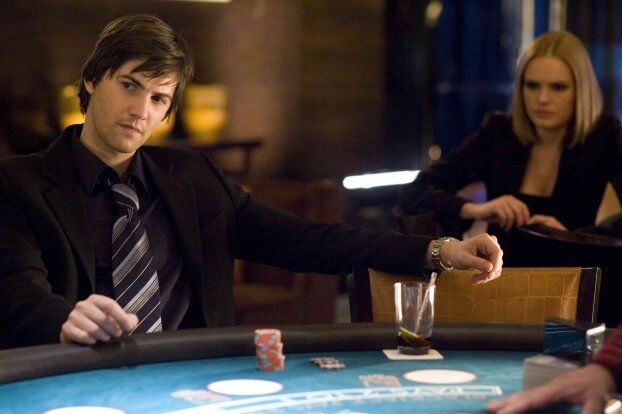 Back in September of 2012 PokerNews.com landed the interview of the year when former Full Tilt Poker bigwig Howard Lederer sat down for a very lengthy interview with the poker media giant. The 8-hour long interview was eventually broken down into multiple video segments and dubbed “The Lederer Files” by PokerNews.com; an interview that had the poker world buzzing for weeks. Now PokerNews has pulled it off once again, landing what will assuredly be the biggest interview of 2013, Ben Mezrich.

I'll be interviewing Ben Mezrich this week about his new book. What are you interested in learning from Ben? http://t.co/mF5kTuicJs

Mezrich, the bestselling author of Bringing Down the House (the story of the MIT blackjack team)and The Accidental Billionaires (the story of the founding of Facebook) and this time around the author has penned a book on the founding and collapse of Absolute Poker, titled Straight Flush. So far the feedback on Mezrich’s latest contribution to the world of narrative “nonfiction” has been met with a seething hatred and utter contempt by the poker community, to the point that Mezrich has had to go into damage control, going so far as to enter the Lion’s Den that is the 2+2 poker forum –a short-lived decision which didn’t start or end well for Mezrich. Now it seems that Mezrich will attempt to explain himself to the poker community via PokerNews.com, but regardless of how he comes off in the interview (or whether the interview is hard-hitting or just a series of softball questions) it’s unlikely to change many opinions of Mezrich, or his book, in the poker world.

Just like the Lederer Files, PokerNews.com’s Matthew Parvis will be handling the interview. After the Lederer Files interview Parvis and PokerNews found themselves under the bright lights of the poker community, and the end result was met with mixed reactions. Some people, like myself, felt Parvis was in a no-win situation and made the best of a tough situation, while others were left with the feeling that Parvis treated Lederer with kid-gloves, and didn’t ask hard-hitting questions, and appropriate follow-ups. So it wasn’t long after Parvis’s initial tweet about PokerNews.com’s most recent “Get” that some criticism started rolling in, with Haley Hintze wondering if the Mezrich interview will be a little more hard-hitting than the Lederer Files, which touched off a bit of a back-and-forth between Parvis and Hintze:

Re @MatthewParvis interviewing @benmezrich: I have faith in Parvis's "Lederer Files"-shown ability to not follow up on any hard questions.

So what do I see coming out of the Mezrich Files? Unlike the Lederer Files, I doubt Ben Mezrich will sit-down for hours on end and answer questions from a poker media outlet. Mezrich and Harper Collins couldn’t have possibly foreseen how vehement the poker community’s hatred of Absolute Poker was and is, and never envisioned dozens of scathing reviews (Straight Flush is currently rated 2-stars and 41 of the book’s 67 reviews are 1-star reviews) at Amazon.com. My guess is they probably think a little verbal jiu jitsu to a poker media outlet will solve their problem… which it won’t. I simply don’t see what he has to gain by doing the interview, since short of a full retraction of his book the poker community will still be calling for his head, and will probably increase their hostile response if he says anything even remotely inflammatory.

Perhaps the most interesting aspect of the interview will be when we discover the breadth of Mezrich’s knowledge on the subject. Was he aware of the Absolute Poker back-story and chose to approach the book from his AP Frat Boy angle, or does his understanding of what occurred come solely from the principles involved? Either way, whether purposely omitting key elements of the story (to tell a better “story”), or by being willfully negligent in his research, there is little Mezrich can say or do at this point that will appease the poker community.