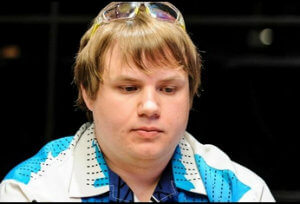 Event #1 ($500 Casino Employees NL Holdem) is in the books at the 2013 World Series of Poker (WSOP) in Las Vegas. There were 898 entrants in the event this year and Chad Holloway emerged victorious after being amongst the leaders most of the tourney.

All three leaders after the first day made it to the final table on day 2. Trivett was knocked out in 8th place after going all-in with a K/J off suit and losing to Holloway who had A/8 off suit. Sean Hall also departed the final table fairly early in 6th place.

Hall has quietly had a good year on the felt and I’d watch out for him the rest of the series in Vegas. Daniel Ellery was the next to be knocked out of the tournament, which was followed by Brian Pingel in 4th place, as he lost an all-in against Rooney.

Once play went 3-handed the remaining players went back and forth for over an hour before Rooney was knocked out. Rooney was all-in with a pocket tens, but Kwong had A/10 and he was able to get lucky and hit an ace on the river to win the hand.

Heads-up play between Holloway and Kwong lasted just over an hour before Holloway claimed the title. Holloway hit trip Q’s in the last hand of the tournament. Kwong went all-in on a Q/Q/5 flop with A/K. Holloway had Q/9 and won the event with trips.

Where to Watch the 2013 World Series of Poker

The World Series of Poker has multiple broadcast deals in place, so that anyone can watch the action online. ESPN and 888Poker has sponsorship deals in place to broadcast the final table of every event during WSOP this year online.

ESPN will be offering plenty of WSOP coverage this year on their online stream to Americans. If you live outside of the USA then you can watch the final table of every event on 888 Poker. There will be a slight delay showing the hold cards on the stream.