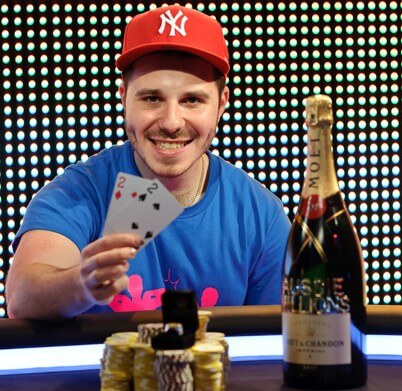 Phil Hellmuth has locked-up the 2012 World Series of Poker Player of the Year award, but the three main POY races are still wide open. Dan Smith is trying to pull-off an unprecedented trifecta, finishing atop the Bluff, Cardplayer, and GPI leader-boards, but there are a number of players within striking distance that will be trying to unseat “King Dan” before the 2012 tournament season comes to a close in just over two months.

What makes Smith’s potential feat so impressive is the different metrics used by each of the outlets that give out a Player of the Year award. Only one other man has ever won both the Bluff and Cardplayer POY award in the same year, John Phan who accomplished the feat in 2008, so it would be an incredible accomplishment if Smith (or someone else) could take down all three in the first year the Global Poker Index hands out a POY Award.

Here is a look at the current leaders on all three leader-boards, along with a quick explanation of the calculations used:

Bluff Magazine Player of the Year leader-board (accurate as of October 14, 2012):

Bluff Magazine’s formula uses a player’s 2012 results along with 2011 results, with a higher emphasis placed on the 2012 results.

Cardplayer Magazine Player of the Year leader-board (accurate as of October 14, 2012):

Cardplayer Magazine’s formula only looks at results from 2012.

Global Poker Index Player of the Year leader-board (accurate as of October 14, 2012):

The GPI has the most unique formula, breaking the year into quarters and using a player’s best results from each period only (basically rewarding quality over quantity).