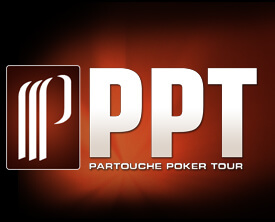 Over the past few years the Partouche Poker Tour has joined the upper hierarchy of major poker tournaments like the WPT Championship, EPT Championship, PokerStars PCA, Aussie Millions, and the WSOP Poker Players Championship. That said, a recent development at the 2012 Partouche Poker Tour Main Event, involving a supposed €5 million guarantee could be a death blow for the tournament’s future if the PPT does not go into serious damage control and make things right with the players.

The matter has to do with the €5 million guarantee advertised for the tournament, which the Partouche Poker Tour is now claiming was not a guarantee, despite seemingly incontrovertible evidence from screen-shots players took before certain pages on the PPT website were altered.

When asked about the rescinded guarantee, Maxime Masquelier (if the name sounds familiar it’s likely because Prosper Masquelier is one of the principles in charge of the Laurent Tapie-led ISPT) told iGaming France that, “For a buy-in of €8,500 I think we can be proud of the final figure. At no time did we say that €5m was secured when it is guaranteed in writing.”

Players are furious over the matter, considering the €8,500 tournament falls some €800,000 short of the “guaranteed” figure, and many have been expressing their outrage on Twitter, such as Justin Bonomo who tweeted: “Good thing I posted screenshots instead of links. @partouchepoker is actively deleting instances of the word guarantee. Very incriminating…If @partouchepoker fixes the prize pool I will forgive. Otherwise I will never play there again and I will keep spreading the word.”

Bonomo’s last statement is the most important, as this is not the first controversy at the Partouche Poker Tour Main Event, and poker players have historically frowned on any shenanigans pulled at events –and in today’s poker world it’s not as if there is a lack of other tournament options.

In 2010 the Partouche Poker Tour disqualified final table participant Ali Tekintamgac for allegedly cheating during the run-up to the final table. While a player trying to cheat is something out of the control of the PPT, the handling of the forfeited prize-money has caused many in the poker world to question the PPT’s action, as 2010 PPT winner Vanessa Selbst was quoted By onlinepoker.net as saying, “This is really tilting – I went to the director today and he basically gave me the runaround.I and some other people are boycotting the side events and won’t be returning to this venue. I had really looked forward to the week in Cannes but this is really unacceptable.”

After some rumors that the PPT may in fact honor the guarantee, the official prize-pool still stands at €4.2 million, and it’s quite likely that a major boycott of the PPT will occur in 2013 if things are not rectified. We’ll keep you updated as this story continues to unfold.