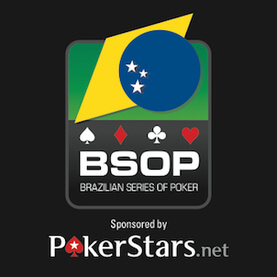 PokerStars has already a launched a new BSOP “tab” in the PokerStars Lobby where players can find a full list of the satellites that are currently running. The next event is at the end of this month in Sao Paulo and PokerStars is already ramping up their qualifiers. PokerStars Blog will also be covering news of every BSOP event in case you want to stay up to date on the tour.

There are still four events on the schedule for the 7th season of the BSOP. Numbers should grow in the rest of the tournaments this season, as PokerStars will be awarding a lot of free prize packages. The following events are still left on the BSOP season 7 schedule including how much the main event buy-in costs.

There have been 3 other BSOP events already played during season 7 with the biggest being in Sao Paulo. The opening event in BSOP Season 7 boasted a playing field of 558 players and a prize pool of R$848,160. The prize pool should exceed that amount now that PokerStars has sponsored the tour and will be sending a lot of international online poker players to Brazil.

Many experts feel that the South American market is still an untapped resource for online poker rooms. Roughly 50% of Brazil’s population has the internet and studies have suggested that about 50% of adults use the internet for online gaming. This has been a solid year of growth for PokerStars in emerging markets and their work should payoff down the road.